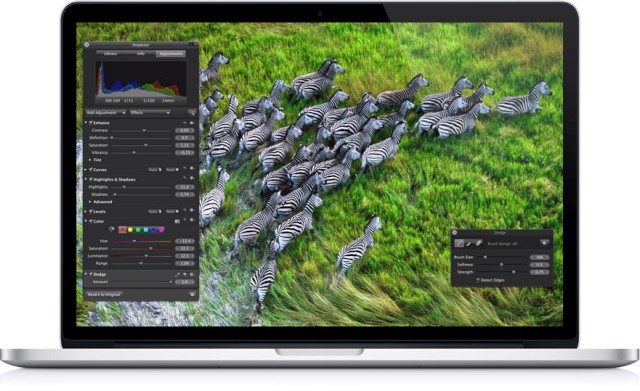 The worldwide PC market may be shrinking, but just one company controls almost half the profits for the entire industry. It’s not market leader HP, and it’s not even Dell. It’s Apple, whose range of MacBooks, iMacs and Mac computers account for 45% of the profits of the entire PC market.

While the machines may sell in smaller volumes than those of competitors Dell and HP, Apple’s computers benefit from a more efficient supply chain, a well-branded small portfolio of machines and premium pricing.

“The real problem for the PC vendors is not that they have such low margins,” said Horace Dediu of research firm Asymco.

“They’ve had low margins for decades. It’s that the volumes which ‘made up for’ low margins are disappearing.”

Indeed, the latest shipment figures from IDC and Gartner both showed that Apple too had seen a drop in the overall volume of sales of their Mac devices, in part cannibalised by sales of their own massively popular iPad tablet line.

“Apple is not immune to a gradual erosion of Mac volumes, but they have positioned themselves for growth with devices and content commerce and services.

“They have essentially “escaped” PCs and indeed caused the need to escape in the first place.”