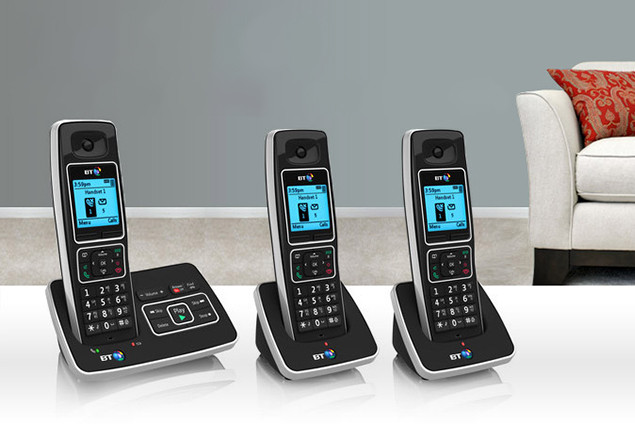 There are few things more annoying in the world than cold callers. You’ve just sat down to watch some daytime TV with Jeremy Kyle, you’ve got a brew ready and you’re just getting comfortable when you have to get up to answer what turns out to be someone trying to sell you some dodgy insurance or get you into a pyramid scheme. Even worse are those silent automated diallers intended only to find out whether you’re even in or not.

BT feels your pain too. It has to deal with more than 50,000 calls to its Nuisance Call Advice Line each month (not to mention the 3,000 calls made to Ofcom complaining about “silent calls”), so they’ve introduced a new landline phone designed to combat the problem.

The BT6500 range lets you block calls from international and withheld numbers, or up to 10 numbers or your choosing, which BT claim will stop 80% of nuisance callers. A Do Not Disturb mode is also included, letting you switch off the ringer or set it to be audible only at specific times, and there’s also parental controls to allow the blocking of specific outgoing numbers, such as premium rate numbers.

All blocked calls get redirected to the phone’s answering machine; handy considering that some genuine callers, such as hospitals or dentists, withhold their number by default, allowing them to still contact you if needs be.

“We know from talking to our customers that nuisance calls cause huge frustration and even anxiety at times,” says John Petter, managing director of BT’s consumer division.

“When people feel as though they are being harassed in their own homes they need to be able to take action and block the offending callers.”

The BT6500 is available now from Argos, Amazon, Tesco and direct from BT, with Sainsbury’s stocking the phone by the end of the month. £44.98 bags you a single wireless handset and base station, while prices rise up to a premium £109.99 set that includes one base station and three smaller stations to dot around the house.

A BT6510 variant will launch in John Lewis and Currys at the end of March, with a slightly different design but identical feature set.