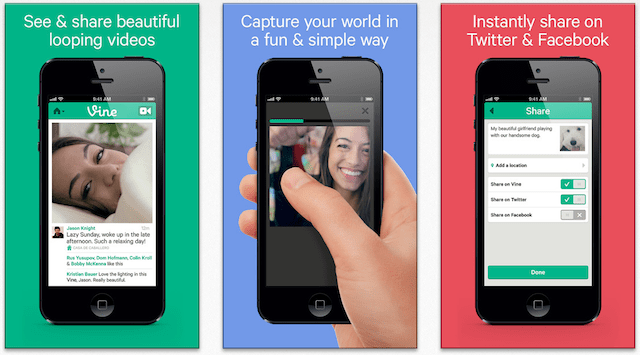 Vine allows users to create six-second videos, either from a single clip or as a montage of short clips, which are then shared to Twitter or Facebook on an infinite loop. The short six-second length allows for quick posting to social networks (and shouldn’t hammer mobile data allowances too badly), but in fairness results look more like animated gifs (albeit with audio) than true video clips. Vine videos so far seem to play nicely with a range of third-party Twitter clients though which is a plus. Think of it therefore as a quick fire video form then, rather than the destination for longer form clips that’d be more suited to, say, YouTube or Vimeo.

Grab the app by clicking here. It’s free to download and use.