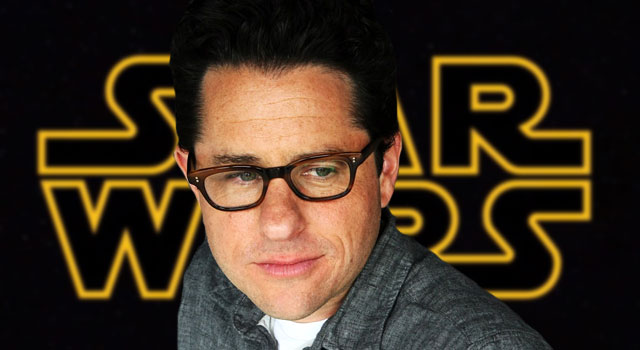 J. J. Abrams seems to be on the verge of being confirmed as the director of the new Star Wars movie, set for release in 2015. I have a bad feeling about this.

The report comes from an unnamed source “close to the production” speaking to The Wrap, and seemingly confirmed on Twitter by Abrams’ long-time collaborator Roberto Orci.

Plenty of potential directors have been bandied about since the new movie was announced following Disney’s buy-out of Star Wars maker Lucasfilm last month for 4.06 billion US dollars. And while Abrams has been a top choice for many, I’m not so sure.

Abrams is a great talent, but I feel a disturbance in the Force every time his name is mentioned in the same sentence as Star Wars. Here’s 5 reasons why.

1. He’s the director of the Star Trek reboot.

In the Kingdom of the Nerd, pretty much anything goes. You can can have a Doctor Who marathon while arguing the physics of Superman with The Lord of The Rings elvish songs playing in the background, and no-one would bat an eyelid. But Star Wars and Star Trek? Never the two should meet. They’re as close to mortal enemies as sci-fi franchises could ever possibly be, and the distance between the two is what helps make both unique – Star Trek, more serious and grounded with its space navy themes, Star Wars a little more fantastical with its supernatural themes.

With Abrams at the helm of both, the two (if only from a stylistic point) are bound to feel more similar than ever before, which could dilute what makes each series special. Star Wars and Star Trek are like The Beatles and The Rolling Stones of the sci-fi world – the two feed off their rivalry to each other, and are all the better for it. If that rivalry isn’t present as the man helming both is the same, that fiery creative spark could be dimmed. And what of the future of the Star Trek movies? Abrams has done a great job so far re-working the franchise, and it’d be a shame if he had to leave it on account of Star Wars.

2. He’s already conflicted about the job

Abrams has already turned the directors role for Star Wars down once. Speaking soon after the Disney deal was announced, he said:

“[Lucasfilm president] Kathy Kennedy is a friend and there are no smarter producers. It’s in great hands. There were the very early conversations and I quickly said that because of my loyalty to ‘Star Trek,’ and also just being a fan, I wouldn’t even want to be involved in the next version of those things. I declined any involvement very early on. I’d rather be in the audience not knowing what was coming, rather than being involved in the minutiae of making them.”

Is his heart really in it, or is this a massive payday for Abrams? Of course, the guy is a fan, but working on the thing you love can sometimes be a bad thing – you begin playing to expectations of what such a movie is “supposed” to be like, rather than what would be good for it. Perhaps an impartial pair of eyes, one that would make the best movie possible, period, rather than the best Star Wars movie possible would be a better choice.

Abrams loves his lens flare. A lot. From Star Trek to Super 8, Cloverfield to Mission Impossible, it’s pretty much the guy’s signature look. That’s fine – it looks great in Star Trek, a series whose world is flashy and optimistic. But keep that stuff out of my Star Wars. The original Star Wars films (before the Special Editions) looked great because they looked lived in and weather-beaten, making them feel more real and oppressive under the tyranny of the Empire. It’s something that the CGI heavy prequels never recaptured. Abrams, with his lens flares and shiny sets may miss this too. At the very least, an overuse of lens flare here could draw too many visual similarities between Star Wars and Star Trek; could sci-fi fans handle their two favourite franchises losing their distinct looks and merging under one director?

A quick look at Abrams IMDB page sees that the director is currently in post-production on Star Trek Into Darkness and in pre-production as a producer or executive producer on Wunderkind, Believe, Mission Impossible 5 and an untitled Cloverfield sequel. All before 2015 – the same year that the Star Wars sequel is slated for. Either Abrams cuts his commitments to a few of these projects, or the Star Wars sequel is going to have a director whose attention is very much split. And projects like Mission Impossible and the future of Star Trek are not easy ones to walk away from either,

5. He loves a mind-bending storyline, and that’s never good for Star Wars

Lost was great at first, and then it went super-weird and confusing. Star Trek had a plot-hole ridden time travel sub-plot. I don’t need this stuff in my Star Wars. I’ve already had to deal with trade disputes, midichlorians and the immaculate conception of the baddest Sith Lord in the Galaxy. Now I just want a pulpy “good vs evil – in space” romp, just like George Lucas’s original Star Wars movies were like. Keep it simple, or keep away. 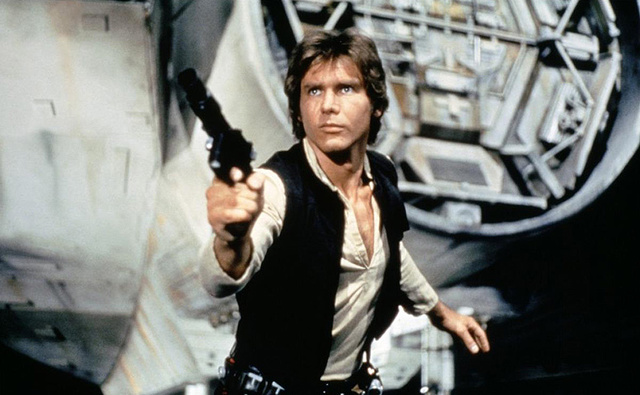 A long time ago in a galaxy not so far away, I got burned hard by the Star Wars prequel trilogy. As a late 80s kid, I was a second generation fan of the original series; old enough to live through and understand the fevered respect my older brothers had for the original trilogy, and yet young enough to have a (new) hope that the prequels could replicate the magic.

And then Jar Jar Binks happened, and then Hayden Christensen was cast, and then millions of my dreams suddenly cried out in terror and were suddenly silenced.

I don’t think I could handle that again. Abrams is a solid director who has made some of my favourite movies of the last couple of years, but something here just isn’t clicking together. We poor Star Wars fans; we seem to be made to suffer. It’s our lot in life.