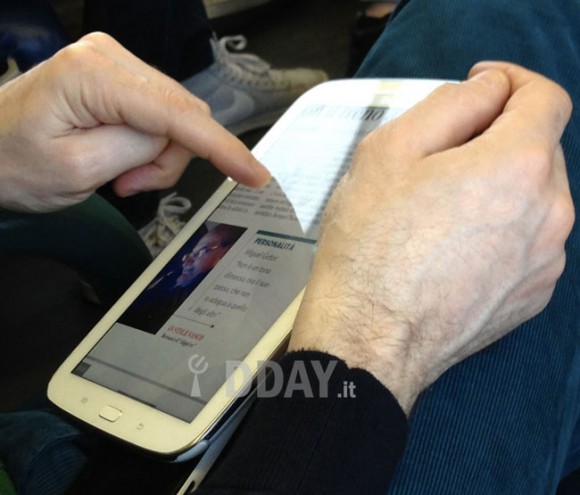 Remember the 8-inch Samsung Galaxy Note 8.0 tablet (codenamed the Kona) that we brought you news on earlier today? It now seems as though the device has been spotted out in the real world ahead of an official unveiling. 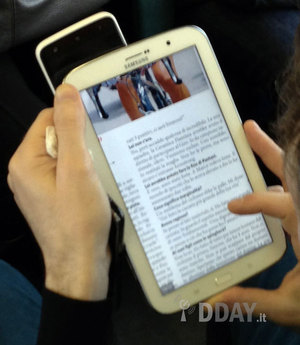 Italian blog DDay.it have got their mitts on a handful of cheeky snaps shot whilst seemingly on public transport. 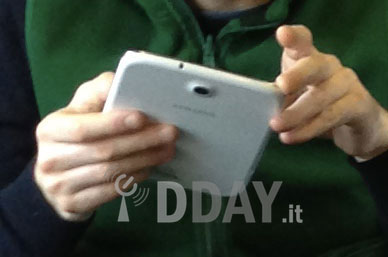 The device looks very much like an oversized Galaxy S3 handset rather than a mini Galaxy Note 10.1, complete with a physical home button flanked by two capacitive buttons (a design departure for Samsung’s tablet range. 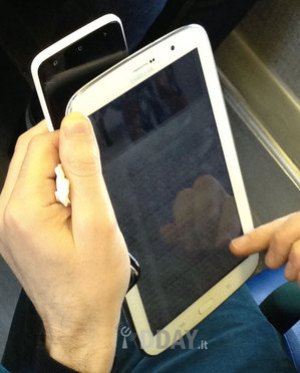 The images also show both rear and front-facing cameras, with the devices speaker seemingly housed on the front above the display in portrait orientation.

Beyond that, it’s back to the rumour mill for other details. So far we’ve heard whispers of a 7.95mm thickness, 330 gram weight, 3G and Wi-Fi variants, a 1.6GHz quad core processor backed by 2GB of RAM and Super Clear LCD panel display at 1280×800 resolution.

16GB and 32GB versions are expected to be available, with microSD storage expansion on board, as well as a USB 2.0 connection. A sizeable 4600mAh battery is thought to too. A launch during the first half of 2013 is expected.