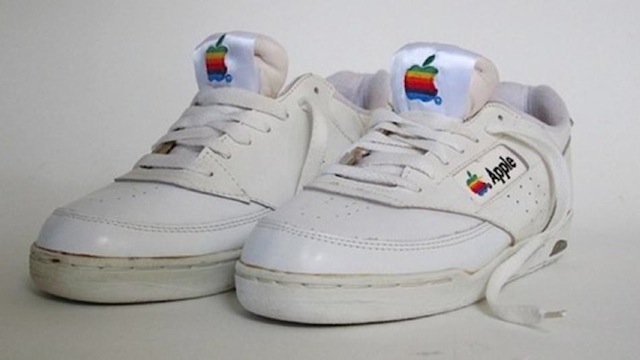 We’ve known for a while now that Apple are looking into the possibilities of wearable tech. So far it’s seemed most likely that the company will produce a smart watch device that could pair with an iOS gadget to share snippets of wrist-friendly info between the two, such as Twitter feed updates and SMS messages. But now there’s evidence to suggest that Apple have their eyes on your tootsies – Apple have filed a patent for smart shoes.

The patent, uncovered by AppleInsider, outlines a smart shoe system that would sit embedded inside the heel, offering audio or LED cues to highlight various stats, possibly with the aid of a mobile app.

Sensors could include motion trackers, pedometers and weight-sensitive pressure sensors, letting wearers track how far they’ve walked, how fast they run, how much they weigh and when they should next consider buying a new pair of smart shoes as the current pair begins to wear out.

There’s even the suggestion that the kinetic energy created whilst walking could be converted into power for the smart shoes, possibly removing the need to ever charge the shoes’ electronic components.

Wearable tech is a growing trend in the industry right now, ranging from Google’s AR glasses to gaming units such as the Oculus Rift headset. Apple’s tactic so far seems to be to approach more subtle uses of wearable tech, devices that feed into their existing product eco system rather than replacing existing devices.