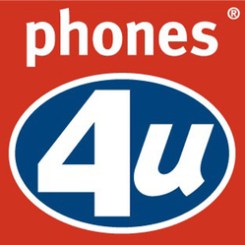 With the marketing of each newly released model of iPhone
causing worldwide hysteria it is inevitable that it is likely to be a
disappointment to most buyers. If you are expecting any kind of drastic overhaul
then forget it, in fact, has the iPhone really changed that much at all in the
past 5 years? Not really.

In 2007 when the first iPhone hit the shelves it was a
phenomenon, a revolution, innovation at its best but since the launch of the
original model caused chaos amongst shoppers the hype has been the same, but
the satisfaction has not.

Unfortunately for the designers at Apple when you launch
something as forward thinking as one of the original smartphones with all the
bells and whistles of a super gadget, the public expect to be amazed with every
new product. But when each model is more or less the same, well, it loses its
excitement.

Looking back to the original iPhone, the most exciting
elements were the touch screen navigation, the ability to connect to the
internet, the camera, the ability to use the phone as an iPod, the apps and the
fun games and graphics; impressive for a mobile phone!

Each successor has remained faithful to the multi-functional
elements that have caused this hand held device to somehow become the centre of
our universe, and why not? Surely it is a winning formula.

Well unfortunately customers want what they pay for and with
each new model costing around £100 more than its predecessor it was only a
matter of time before people starting questioning what they are really paying
for.

In essence, the iPhone 5 is fundamentally the same as the
previous models but the dimensions are a little different (was there anything
wrong with the original ones?!), the speed of the internet is faster, the
camera and recorder are a bit better, the speakers and headphones have been
changed, the graphics have improved, there are more apps available; the only
major change is the connector and that is just downright inconvenient.

Unsurprisingly, other mobile
phone deals and their developers have caught up with Apple and even
overtaken the latest iPhone in sales in the UK.

So in answer to the question, ‘How does the new iPhone
compare to the other models?’- Well it is pretty much the same.

In Association With Phones4U