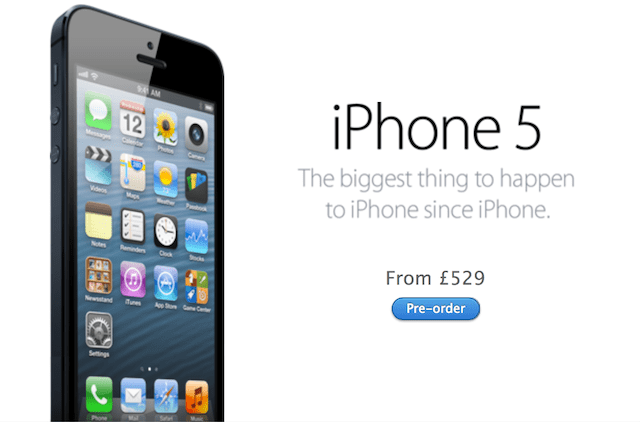 Five million iPhone 5 handsets have been sold during the smartphone’s opening weekend of sales, smashing the 4 million opening weekend sales record set by its predecessor the iPhone 4S.

So popular is the iPhone 5 that Apple are now struggling to meet demand for the new mobile phone, an issue surely to be compounded by a production freeze at the Foxconn manufacturing plant this weekend, caused by a mass brawl between factory workers.

“Demand for iPhone 5 has been incredible and we are working hard to get an iPhone 5 into the hands of every customer who wants one as quickly as possible,” said Apple CEO Tim Cook.

“While we have sold out of our initial supply, stores continue to receive iPhone 5 shipments regularly and customers can continue to order online and receive an estimated delivery date. We appreciate everyone’s patience and are working hard to build enough iPhone 5s for everyone.”

With demand exceeding Apple’s expectations, those looking to pick up an iPhone 5 now will have to wait until sometime in October to get their hands on one from the Cupertino company’s online store.

But even after hitting these lofty goals, Apple’s iPhone 5 still failed meet the astronomical expectations of some analysts. Gene Munster of Wall Street analysts Piper Jaffray was among those who’d expected opening weekend sales figures to hover around the 10 million mark, going as far to call even sales figures of six million units over the weekend a “worst case scenario”.

But with Apple’s iPhone 5 already selling 1 million more than its predecessor the iPhone 4S managed in its opening weekend, we’re sure there isn’t too much cause for complaint in Cupertino.

What will be riling those manning Steve Jobs old haunt will be the reception given to their newly-launched Apple Maps app. Filling the gap left by Google Maps’ unceremonial dismissal from the iPhone party, it’s proved incredibly inaccurate, leading to a host of complaints and industry jokes.