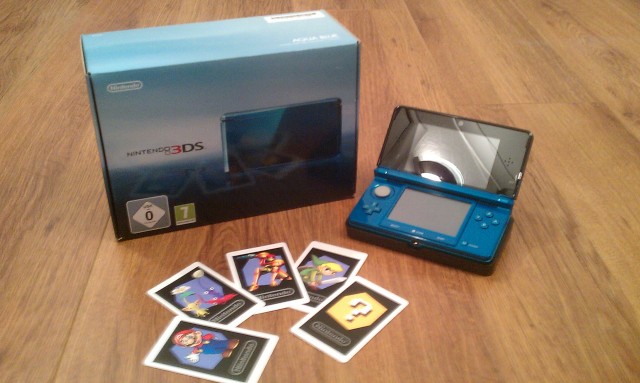 The Nintendo 3DS isn’t exactly flying off shelves, with the console managing to shift just 710,000 units globally in the last quarter according to Nintendo’s most recent financial results. That’s less than the combined sales of older DS handheld models, managing 1.44 million between them.

“During the three months ended June 2011, for the Nintendo 3DS The Legend of Zelda: Ocarina of Time was launched and favourably received, but Nintendo had few other hit titles,” said Nintendo’s release.

This has led to a net sale decrease of 50.2% over the same period last year, dropping to 94 billion yen (£740m) for the three months from April to June this year.

“For anyone who was on the fence about buying a Nintendo 3DS, this is a huge motivation to buy now,” said Nintendo of America President Reggie Fils-Aime. “We are giving shoppers every incentive to pick up a Nintendo 3DS, from an amazing new price to a rapid-fire succession of great games.”

Those who bought a full price 3DS recently may feel more than a little short changed at the news, but Nintendo will support those customers too. Anyone who purchased a 3DS before the price cut dates will receive ten free Virtual Console NES games and 10 free GameBoy Advance games through the 3DS eShop.

Again, no word on whether European gamers will have access to the free titles.

Nintendo are aiming to sell 12 million 3DS units between April of this year and March 2012. These price cuts will no doubt help, along with the Christmas rush, but with just 4.3 million units sold so far worldwide there is still some ground to make up.