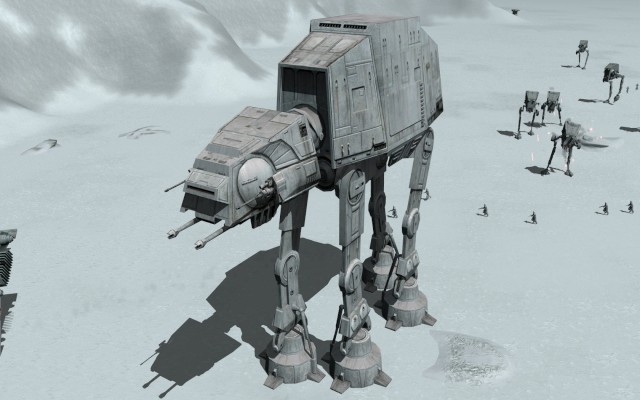 While all eyes may be on the Bioware/EA MMORPG powerhouse that Star Wars:the Old Republic will surely turn out to be, the game’s looming launch date has lead to an MMO casualty of galactic proportions. Star Wars: Galaxies, the world’s first Star Wars MMO, will now be closing shop for good on December 15th.

After more than 8 years of Sith slaying and blaster…er…blasting, Galaxies’ servers will be swtiched off, not due to dwindling populations, but the licensing complications potentially caused by having two rival Star Wars-themed MMO’s running simultaneously.

“Populations have stayed pretty steady for a long time now. In fact, we recently merged a bunch of servers to help the prime-time population,” said John Smedley of Sony Online Entertainment.

“The decision to shut down SWG is first and foremost a business decision mutually agreed upon between SOE and LucasArts.”

Though Galaxies went through a rough patch following a game-changing update that dramatically altered players abilities and let anyone become a Jedi, it also got a lot right, especially in terms of nailing the run-down feel of the Star Wars universe. Smedley remains confident that Biowares The Old Republic effort will be a suitable replacement however.

“There’s another Star Wars MMO entering the market, and I think it’s going to be terrific,” he said. “It’s going to fill a large hole, and we’re certainly happy to see Star Wars players be taken care of and get into a game that’s going to be great.” he said.

Check out our early hands-on play with Star Wars: The Old Republic by clicking here.