Ultra-portable earphones can be pretty underwhelming, especially when compared to their over-the-ear cousins. No matter how much you pay, they never seem to be able to provide the kick you need to really envelope yourself in your tunes, and all too often are prone to shoddy build quality that leads to unwanted distortion and noise. Obviously, no one told this to the folks over at Klipsch. Their premium Image X10i earphones are an audiophile’s dream and, if you’ve got the cash and a pair of highly-tuned ears, a must buy.

The Image X10is are startlingly small. With solid copper earpieces that feature a slight curve and five sets of different sized rubber ear flanges, they’re incredibly comfortable to wear. While they obviously are no match for a pair of active-noise cancelling headphones, their snug fit admirably manages some decent passive noise cancellation. Though they tended to slip slightly if doing anything a bit too physically strenuous, you’ll happily be able to wear these buds for extended periods of time and barely notice they are in. Weighing just around 10 grams, they’re attractive, and seem capable of taking a beating, should you be willing to risk your 230-odd quid investment of course.

The X10is get the “i” in their name thanks to the iPod/iPhone control module that’s been introduced since the X10 build. It sits at about a third of the way down the 48 inch cord, and features play/ pause/ call answer, volume up, volume down, forward track and previous track buttons, as well as a clip. There’s also a mic for hands-free iPhone calls, which proved clear and responsive. 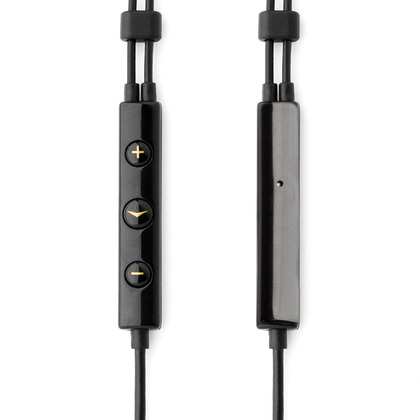 The cabling however is prone to being a bit noisy if it rubs up against your clothing when out and about, something of a pet hate of mine, but it’s nothing too serious in this case to detract from the sound quality on show elsewhere. And whilst all the connections seem sturdy and neat, the cabling is also prone to getting tangled, which can sometimes lead to crackling if you’re not careful. There’s no denying the Image X10is are well built, but due to the high asking price you’ll want to be extra careful with them. Either way, a generous two year warranty should have you covered should disaster strike.

With that said, tidy design styles mean nothing with earphones unless they’ve got the sonic skills to justify them. That’s not a problem for the Image X10is; they blew me away with their rich tones and clear, chiming definition. 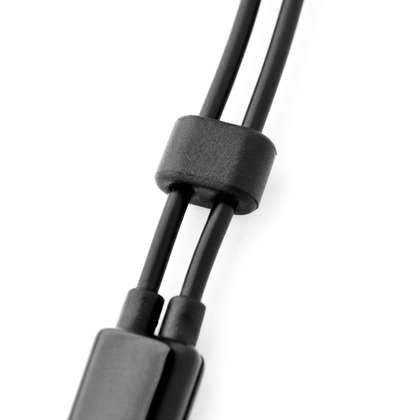 Whereas rival sets from the likes of Shure use multiple drivers to produce their sounds, the Image X10is use only one, which allows the whole bud to be so small in the first place. You’d think that that would detrimentally affect the sound quality of the X10is compared to the competition, but that’s simply not the case. Klipsch’s engineers deserve a round of applause for the audio wizardry they’ve squeezed into these tiny earphones. Bass response is deep and resonant, going lower than I’ve ever experienced with in-ear buds. Highs are clear without being harsh, whilst mids were as creamy as the bass was low. From classical music to metal and dance, the balance across the audio range was consistently superb, and the buds suffered from very little distortion even when cranked up to high volumes.

Just shy of £230 might seem a bit steep for a pair of earphones, and for many music-fans the Image X10i’s will be simply too expensive to justify. But you see, these earphones really aren’t aimed at the humble “music-fan”; the Image X10is are aimed squarely at audiophiles, and if you count yourself among that gang of audio-addicts you’ll know that only the best will do. And in that respect, the Image X10i’s cant be beaten. If you’re into your lossless audio formats, have a fair bit of spare cash, and have a portable device, Apple or otherwise, to play them back on, then I cant recommend the Klipsch Image X10i earphones enough.