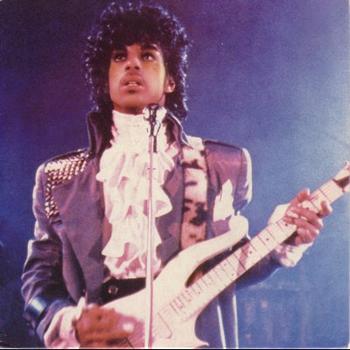 Prince AKA The Artist Formerly Known as Prince AKA The Symbol AKA the little crazy dude with a preference for purple, has predicted the death of the internet as a viable way for musicians to make money.

The singer, whose new album “20Ten” will be given away free with the Daily Mirror and Daily Record newspapers, has said in an interview that his tech-phobic stance will mean it is unlikely he will sell the new over the internet at all. His main target for attack appears to be Apple’s iTunes.

“The internet’s completely over,” he explained in a Daily Mirror interview. “I don’t see why I should give my new music to iTunes or anyone else. They won’t pay me an advance for it, and then they get angry when they can’t get it.”

“The internet’s like MTV,” he continued “At one time MTV was hip and suddenly it became outdated. Anyway, all these computers and digital gadgets are no good. They just fill your head with numbers, and that can’t be good for you.”

However, Steve Purdham, CEO of we7, believes that Prince is being a little short sighted.

“However, the Internet is increasingly becoming a basic requirement of modern life, just like electricity and flowing water, and we haven’t seen anything yet as the Internet as we know it is still in its infancy.  Regarding Prince’s reference to MTV, it’s just a series of TV programs which has fallen out of vogue, TV certainly hasn’t died.”

“It’s a clear fact that within 10 minutes of Prince’s album being released, it will be available globally via the Internet,” Purdham continued. “Nevertheless, choosing to distribute his latest album using newspapers is a great way to get all of his money in one go and mitigate the risk of failure or piracy, and that tactic has to be applauded.”

Either way, it looks as if that iPod I bought for Prince’s birthday will be going up on eBay then…