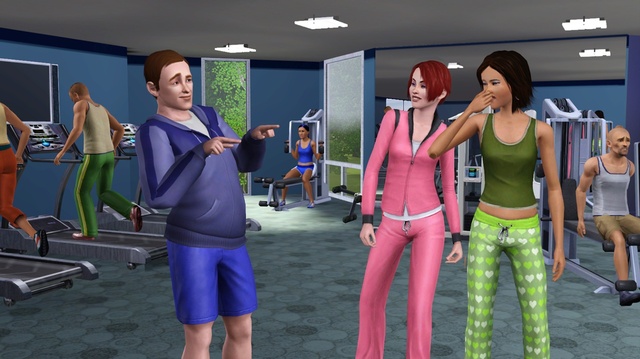 It was bound to happen sooner or later: The Sims 3 is headed to games consoles.

“We’re bringing players the best console and handheld game for The Sims franchise to date and are excited to offer a unique experience for all types of gamers on their platform of choice”, said EA’s aptly named Sam Player.

Unlike its PC counterpart, each will come with its own multiplayer modes, and content specific to the console you’re playing on. So, Wii owners get an exclusive beach location and a “life-moments” multiplayer mode, the DS gets stylus based touch-and-design controls, while the PS3 and Xbox 360 get Facebook connectivity. All versions also get the brand-new “Karma Powers” feature, which look to be earned stat bonuses.

All pretty standard port-fare then. Except for that Facebook integration; there’s the opportunity for some great synergy across the two there. If the multiplayer modes are robust enough to invite your real-life friends through Facebook into your console Sim’s homes, then there’s every opportunity for this to be a really ground-breaking game/social network crossover. Fingers crossed.

Expect more details to flood in before the Autumn launch of The Sims 3 console versions.