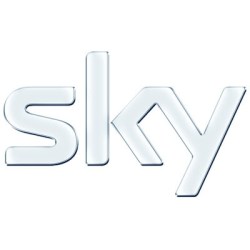 Sky have announced a new deal this morning, bringing their on-demand Sky Player to Humax Freeview set-top boxes, expanding the number of Sky viewers by thousands.

The deal comes hot on the heels of similar ones made with 3View and TV manufacturers Cello, as well as Microsoft and the Xbox 360. However, the new partnership with the popular Humax brand is a significant move for Sky, as Humax themselves are key players in the now-lucrative Freeview market.

“Until recently, Sky Player has largely been confined to the PC screen but that is changing fast. Since last autumn, it has been available on the Xbox and this year it will roll out to more broadband-enabled devices through deals with the likes of Fetch TV, 3 View and Cello,” said Sky’s chief executive Jeremy Darroch.

“Just today, we’re announcing a further expansion of Sky Player through a new agreement with Humax, the leading provider of Freeview boxes. And there are more deals in the pipeline.”

Speaking in Cannes, much of Darroch’s speech focussed on Sky’s fight with Ofcom over the price of its premium sports content. The expansion of the Sky Player and the increasing move away from satellite based services seems to show that quality content is the most high on Sky’s agenda.

“In providing both new and existing customers with more choice and control over how they access Sky content, we continue to harness secure and high-quality distribution platforms like Humax,” said Griff Parry, Sky’s Director of On-Demand.

“We know that many Sky homes also have Freeview in other rooms, and this provides a great way for them to enjoy Sky away from their Sky box. And for new customers, particularly those in Freeview homes, it provides an innovative new access point to Sky’s high-quality pay TV content.”

Humax’s Graham North added:”The addition of Sky Player on our Freeview HD boxes ensures Humax is positioned to offer consumers an exciting way to experience digital TV, with great content and a range of home networking and content sharing features.”