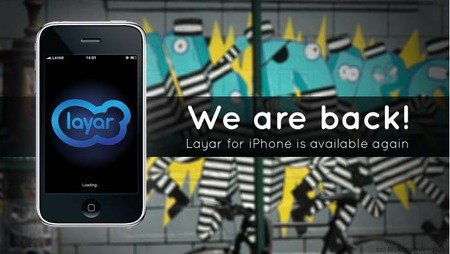 Layar, the augmented reality app that uses your smartphone’s video camera and GPS to overlay all kinds of neat infomation about the world around you onto your touchscreen, was one of the best apps we’d ever seen hit Android and Apple handsets. But due to unrelenting problems, its developers were forced to take the iPhone version down for a thorough bit of tweaking.

Thankfully, the wait is now over, and Layar makes its triumphant return to the App Store. This latest version, Layer 3.0, fixes all the bugs and crashes that plagued the last version, and now includes support for 3D models too.

There are already a massive range of of “Layers” available to browse whilst out and about, from an augmented reality Beatles tour to resturant and tube station directions. It’s only set to grow even further now that iPhone support is back up and functioning properly.

The app is free to pick up here. Keep in mind though that you’ll need an iPhone 3GS model to get Layar working properly, as that built-in video camera is vital.