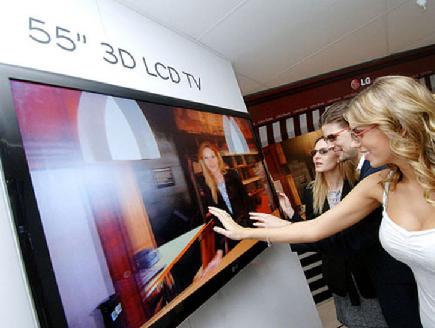 3D TV was a huge part of LG’s CES line-up this year. But though the Korean tech company promised an April launch in the UK for its flagship LG LD360 LED TV range, that has now apparently been cancelled.

A 47 inch beauty, the LD360 (picture for illustrative purposes only) was in the works to be compatible with Sky’s forthcoming 3D TV channel.

In LG’s own words, “One of the biggest trends in TV in the coming years is certainly set to be 3D and LG is making its first 3D TV (LD360) available to consumers in April 2010.”

No news yet on what’s caused the about turn from LG, or whether or not the LG LD360 LED TV will hit our shores at all. Still, it’s sure to raise a smile at Samsung HQ, as their 9000 series of 3D TVs now has pretty much no competitors when it launches early this year.