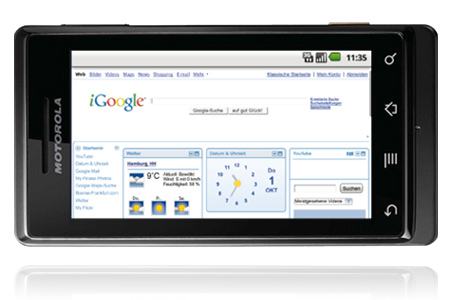 If you were left feeling a bit underwhelmed by yesterday’s Vodafone iPhone pricing, you’ll be happy to hear that the pretender to the smartphone crown, Motorola’s Milestone, is getting a pretty substantial price cut.

Expansys’ exclusivity deal for the handset ended yesterday, with prices now quickly dropping as other carriers begin to take up the handset. The smartphone has now dropped to £400 at Play.com, Mobile Fun, Handtec and Expansys themselves too, all SIM free.

The Milestone was the first device in the world to run Android 2.0. With top notch features (such as its rich screen and QWERTY slider) and a teasing marketing campaign, it’s managed to rack up massive sales around the world since its November release.

If you’re looking for something bang-up to date though, you might want to check our CES 2010 coverage of the Motorola Backflip, hitting stores later this year.