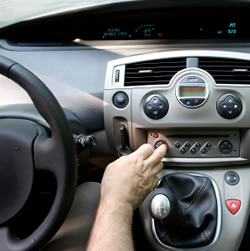 DAB radio has been dealt a huge blow as satellite radio group Ondas Media has brokered a deal to provide satellite radios to car manufacturers such as BMW and Nissan.

Ondas boss Dave Krueger has seen the move as a pivotal step towards challenging the supremacy of the DAB format, with 150 new channels planned for the satellite service in 2012.

The success of both satellite and DAB radio in part relies on the backing of the car manufacturing industry. While Vauxhall and Ford have offered DAB radios to their drivers, other companies have been more sceptical of the format, as so far it has only been widely adopted by UK users. With many car manufacturers working on a pan-European business model, the lack of a universal DAB standard has seen the motor industry reluctant to commit to the DAB format.

However, satellite radio’s position looks to be strengthened further beyond the BMW and Nissan partnerships, with Audi, Mazda, Toyota, Jaguar and Honda all expected to adopt the format.

Jazz FM are also preparing a satellite-tailored station for the service, planning specialised content for the format.

Satellite radio does offer many benefits to radio fans. The technology produces no interference, with broadcasts available across the globe. Playlists stored on PC s can also be accessed and played via the radio.

However, the Ondas satellite radio service will be subject to a subscription fee, costing roughly £9 a month to access.