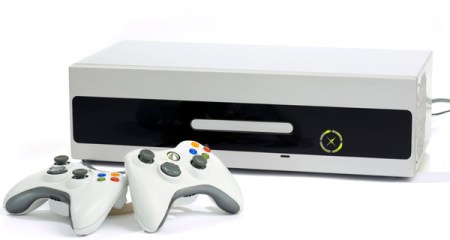 Microsoft’s Xbox 360 has always got some stick for its design. The cheap white plastic casing not only makes it look like a V-Tech toy for grown ups, but has also led to overheating problems causing the dreaded Red Ring of Death.

A team of Swedish modders have got under the Xbox 360 hood however, and come up with this striking redesign for Microsoft’s console.

The “Elegant Edition” mod features three 120mm fans for cooling, and a boxy Betamax like shape. If you’ve got the dough, the mod team will fix your Xbox 360 up too, but keep in mind your warranty won’t be worth the paper it’s printed on.