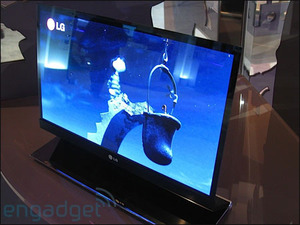 In an interview with OLED Info, Won Kim, LG’s vice president of OLED sales and marketing, confirmed that the electronics conglomerate will be releasing a 15-inch OLED TV in its native Korea in December 2009 – January 2010. Kim went on to say that a global roll-out will follow.

Last month we told you how Sony are planning to release a 21-inch OLED TV at around the same time as LG are predicting their 15-inch release. Samsung and Panasonic are both aiming for 40-inch versions during 2010 as well. It seems like the competition in the OLED market is really hotting up.

Kim also hinted that LG have not completely dismissed the notion of OLED screens on their mobile phones as has been recently speculated. He said that two phones had been tailored in Korea with OLED screens and stated that “OLED phones will not only survive entrenched LCD ones but position as a premium segment”.