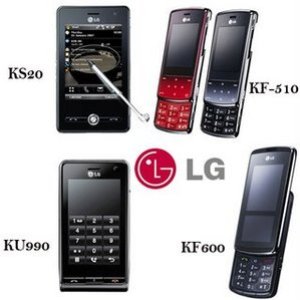 LG has told the Korean press that they’ll be launching their own app store next month which is lucky because we don’t have enough of them. They’ve also said they’ll be an LG Android handset within a year too.

The comments come from the company’s CEO, Ahn Seung-kwon, at an event for the KM900 Arena in Seoul. The boss man outlined plans to become the world’s second biggest mobile seller, behind Nokia, having notched up 9% of the global market in 2008. He said:

“We will focus on customized products. We don’t have a plan to additionally release a phone with an AMOLED panel as such models are too expensive for general consumers to buy.”

“The key thing to success for smart-phones depends on content. In line with the perception, LG will open ‘LG App Store’ in July to share contents for mobile applications.”

Presumably the AMOLED remark was a dig at countryman Samsung, who is pushing the screen technology on all their new handsets, while LG instead is looking to listen to their customers and provide them with the best UI possible.

I like the LG’s sentiment but the main failing of the Arena is the terrible touchscreen. The UI isn’t excatly brilliant either.

One thought on “LG app store to launch in July”