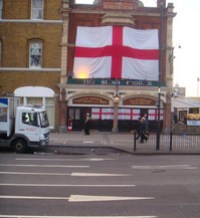 Poor old Japan is about to fall behind the UK in the global video game charts, with us lot finally spending more of our remaining cash on gaming than the Japanese – making the UK second only to the USA in how much cash we blow on various Halos and Mario Karts.

Figures released by UK sales-counter Chart-Track show that for the first five weeks of 2009 sales of games were up 37% in the UK, as kids spent their Christmas money on novelty Wii games like never before – helping games bring in 21% more revenue than in 2008.

All that and we still have the launch of Nintendo’s rehashed DSi to come this spring/summer. If everyone who’s already bought a DS – nearly nine million people in the UK so far – upgrade to a DSi, Japan’s TOAST.