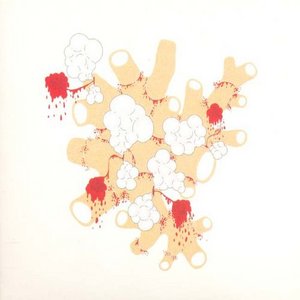 This is my 1,000th post on Tech Digest. My first was about Robopong, and I have no idea what my last will be about, but this one’s about the economics of free music, which is a subject that I’ve touched on many times while writing here. It’s about how a free download turned me into a massive fan of a band.

Yesterday, personalized streaming radio site Last.fm announced on Twitter, that its free downloads page was back. It’s a page, which can be found here, that lists a bunch of tracks that bands have decided to give away, for promotional purposes. According to the old thinking prevalent among record companies, a download = a lost sale. In this case, a download led me to a whole lot more than that.

My eye was caught by the title, and I downloaded it on the off-chance I’d like it. I did like it, a lot, and after a few listens, I headed over to Amazon. The band’s got a few tracks available on the download store, but the album featuring “The Revolution Will Be Streaming”, “The Exquisite Death of Saxon Shore” wasn’t. So I bought the CD instead. On import.

Because the album has to be sent over from the States, I’m looking at a couple of weeks before I can listen to the damn thing. So I checked Spotify. The band isn’t there, sadly. I realized that when it does arrive, however, all I’m going to do is rip it to high-bitrate MP3 and put in on my Zune, so my next step was to head right over to the Pirate Bay and see if I could find it.

Turns out that the site doesn’t (at the time of searching, anyway). Luckily I’ve got other sources, so I grabbed it from another tracker and this morning on the bus on the way into the office, a bizarre and unexpected diversion around the back roads of King’s Cross was made considerably more lovely by Saxon Shore’s wonderful album.

The band doesn’t seem to be touring at the moment, but when they show up in London, I’ll definitely be there and I’m fully intending to drag down as many of my post-rock-friendly friends as I can. I might well buy a t-shirt and if I’m still loving this album when I’ve fully digested it, then there’s a good chance I’ll buy some of the older ones.

Now, I’m not pretending that there’s millions of people doing what I did above. Nor am I pretending that this would work just as well if every band in the world started giving away tracks. But if Saxon Shore hadn’t given away that song, then they wouldn’t have gained me as a fan. That’s why free music works, why music blogs are the best way to find new bands, and why free music isn’t the devaluing of art that some claim it is.

I welcome your comments and thoughts on the above, but before you do, go listen to the track in question. You can stream it from Last.fm here. The revolution will indeed be streaming, it would appear.