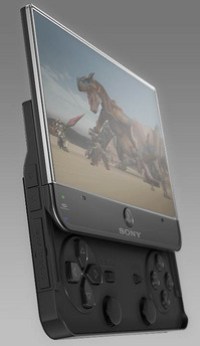 Sony has been roundly beaten in the handheld and the… er… non-handheld markets by Nintendo (seriously, we need a better name for full size consoles than that – suggestions in the comments). What’s the best way for them to fight back? That’s the question that Sony is asking its fans, with a survey floating several new feature ideas for the PSP2 and asking people to rank them.

Some of the new features include GPS, bluetooth, internal storage, touchscreen, a content download service and a social network including home support. Personally speaking, I’d rate GPS and social network features high, if only to compete with the growing influence of mobile phones on the gaming-on-the-go market. Adding in Skype features could just make the fightback possible.