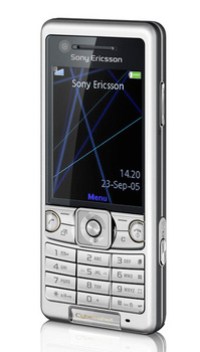 I always get slightly confused by the way Sony doesn’t group its gadgets by what they are, just by broad product ranges. As a result, there are cameras and phones with the Cyber-shot badge, and MP3 players and mobiles with the Walkman badge. From the product name alone, it’s often impossible to tell what the device is.

Well, to clear up the confusion, both the products here are phones. The first is an ‘affordable’ 3.2 megapixel cameraphone, called the C510. Although there’s a comparative lack of megapixels on the sensor compared to other cameraphones, it’s got plenty of features to make up for it.

It’s got ‘Smile Shutter’, which detects a smile on someone’s face and won’t take a photo till it gets one. There’s basic face detection, for up to three faces. If you’ve got more than three friends, then I’m afraid you’re out of luck.

An autofocus will keep things sharp, while an accelerometer detects whether a photo is portrait or landscape and displays it accordingly. You’ll also be able to adjust light balance, brightness and contrast on the handset itself, and upload video direct to YouTube. Sony Ericsson is saying Q1 2009 for that one. 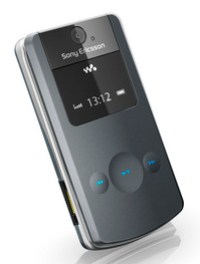 Then there’s the W508 Walkman phone. Aimed more at the lower end of the market, it’s got changeable fascias, of which you get one spare in the box. As well as that, there’s some form of basic gesture control, so you can switch the song, or raise the volume just by shaking the phone in a particular way.

It’s got a 3.2 megapixel camera onboard too, though with none of the software that comes with the C510, as well as some other stuff called “TrackID”, which seems to be some kind of music search engine, “SensMe”, which claims to match music to your mood, and “PlayNow”, which is a mobile music service that we covered previously here.

The W508 will be available in Q2 2009, so don’t get excited until April. Of course when April rolls around, you’re free to get as excited as you like. G’wan. Go crazy.