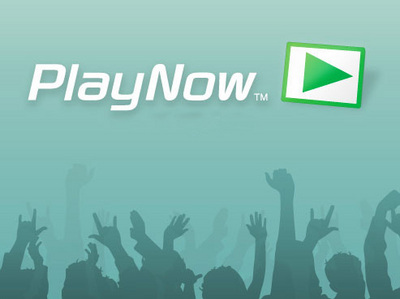 Sony Ericsson’s fortunes and market share have been declining of late, and there are rumours floating around that they’re thinking about launching a mobile music service to fix things called “Me Too”. Just kidding. It’s actually called “Playnow”, named after their existing “Playnow Arena” a-la-carte download service available only in Scandinavia.

It doesn’t take a genius to work out that this is the slightly panicked reaction to Nokia’s “Comes With Music” service – where buyers of certain handsets get a year’s free music subscription bundled with the phone. If there’s anything which might increase the “stickiness” of music subscription services, then that’ll be it, so expect Sony Ericsson to follow suit and make their service subscription-based.

They’ll likely tie it into their Walkman brand, which people often describe as “powerful” but just gives me images of sitting around in the 90s waiting for a bit of plastic to rewind. The Walkman phones seem popular though, so perhaps I’m being a little unfair there. I just think it’s ridiculous that they don’t have 3.5″ headphone jacks.

There’s some discrepencies between reports about whether this service will be DRM-free or not. Let me clear that up right now. It won’t be. There’s not a chance in hell that major labels will even think about an all-you-can-eat music subscription service without DRM. They don’t let anyone else do it, so why should they let Sony Ericsson? Unless Sony have some powerful game-changing ideas, it simply won’t happen. Of course, as most people already know, it’s remarkably easy to strip DRM from a music track with simple tools that are widely available online.

Sony Ericsson have already got deals in place with Warner Bros, EMI, Sony Music Entertainment, and a number of independent labels, but negotiations are still underway with the biggest of the major labels – Universal, who have repeatedly proved to be difficult in these sorts of discussions. When those discussions are complete, expect an announcement – likely to be before Christmas.