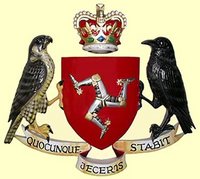 Residents of the Isle of Man, take note. You may soon be able to download all the music you like, from wherever you want, but you’re going to have to pay a little extra on top of your broadband bill for it. The Manx government wants to enforce a blanket music consumption license, tied to broadband bills.

“At the end of the day, we are not going to stop piracy, so let’s embrace it,” says the remarkably sensible Inward Investment Minister, Ron Berry. Surprisingly, the BPI endorses the move as well, with head honcho Geoff Taylor saying: “If ISPs take the position advocated in the Isle of Man, we’d be in an enormously better position.”

Interestingly, 81% of the Manx population wouldn’t be considered as music filesharers. It remains to be seen how they’ll react to the proposals to essentially tax them for something they’re not doing. On the other hand, though, as Tech Radar points out – it might encourage them to start downloading and enjoying more music.

I’m very much in favour of a levy on broadband subscriptions for music downloads – it seems like the only sensible way forward – but where do you draw the line? What about movie and tv show downloads? Games and applications? How about news websites? It’s a slippery slope, and if the music industry gets a handout, then soon everyone will want one.

Perhaps the future lies in the government supplying broadband and allocating revenues to the creative industries based on traffic to different sites. I’m not convinced there’s a perfect solution to be had. Any ideas? Let us know in the comments.

One thought on “Isle of Man gets free, legal, P2P downloads”