Since the flurry of high speed information at today’s Asus press conference, we’ve gathered some further intelligence on what exactly what the netbook makers announced earlier today. 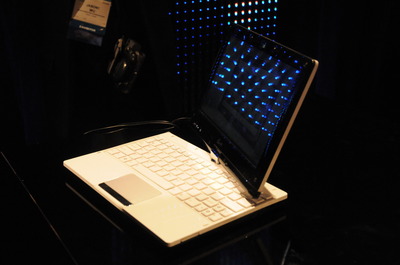 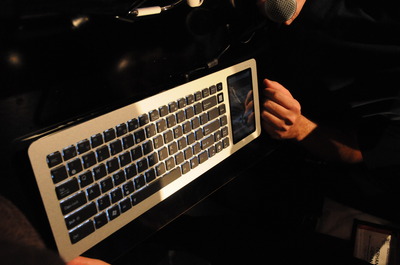 The keyboard is more a media centre than anything else with a 5″ touch screen LCD attached to prove it, It synchs up with just about anything else you have at home with an electrical pulse.

This is the 12″ laptop that comes with two screens. One in the normal place and the other where the trackpad should be. It has a 12 hour battery life, features multi-touchscreen input and is apparently a good example of why two screens are better than one.

This unnamed concept has taken web 2.0’s idea of sharing just a little too far if you ask me. It folds entirely flat and allows two users simultaneous access and operation. Looks great but seems like a terrible idea.

Related posts: Asus press conference liveblog | No solder hack for the 700 and 701