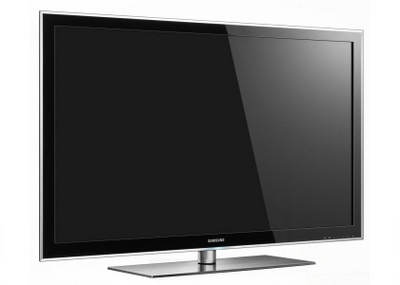 The product that Samsung seems most proud of at CES 2009 is their low power, super thin Luxia range of LED TVs. The 8000, 7000, and, yes, 6000 thousand models sit between 44″ and 55″ on the diagonal and use 40% less power than normal flat screen TVs because of the use of low power LEDs rather than the tubes associated with LCDs.

The LEDs keep the contrast nice and high producing darker blacks than many LCDs with perhaps the major issue being the speed at which the pixels can be turned on and off. However, the refresh rate on these Luxias is a full fronted 240Hz for the 8,000 and a certainly good enough 120Hz on the other two models.

All three models feature USB ports for obvious use and, much as I expect we’re going to see across the board at CES this year, you can access the web on them via both Ethernet and wireless connections.

Yahoo! has supplied Samsung with the [email protected] content service which sounds much like the widget based system that Yahoo! also had a hand in with Toshiba’s Combo LCDs. You can connect to Flickr, YouTube and all the favourites as well as a host of as yet undeveloped applications. 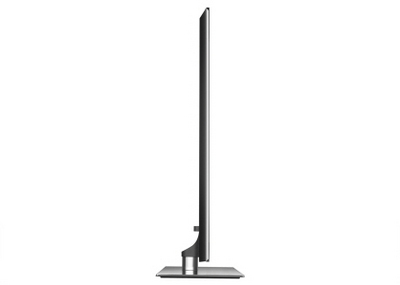 The Luxia LEDs are just over 1″ thick with an even thinner 0.6″ wall mount to keep your flat screen as flat as it can possibly be. Slightly cliched to see Samsung still in the thinnest/lightest/most silly race but then actually whacking great wall mounts have long been overlooked.

The three panels have rather interesting translucent frames going from black through to chrome on the 8000 and black to ruby on the other two. Prices and dates as yet to be announced.