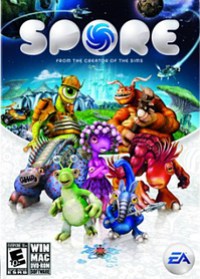 Largely thanks to the draconian DRM bundled with Will Wright’s ‘Spore’, the life-simulation game has been downloaded an epic 1.7 million times since its release at the start of September. If my maths is right, that means that one copy is downloaded every five seconds or so. If that rate had been maintained over the whole year, then people would have snagged 6.5 million copies.

Interestingly, second place in this year’s top ten most pirated games, published by Torrentfreak, was the Sims 2, showing that piracy isn’t limited to hardcore gamers (who generally hate the Sims), it’s become a perfectly mainstream pastime among ordinary people. It’s impressive that despite being released in 2004, it’s still right up at the top of the list, though it’s unclear how The Sims 2’s multiple add-on packs are counted.