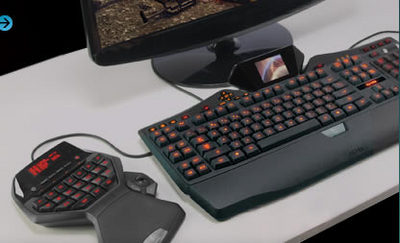 Despite not owning one personally, I’m a big fan of the Logitech G15 keyboards. The LCD display and macro buttons really rule the roost when it comes to gaming keyboards. Info has leaked out this morning, however, about a successor, which seems to be called the G18.

From the image above, we can tell a few things. It’s got double the number of macro keys on the left hand side (6 to 12), some sort of D-pad, and nicest of all, a full-colour LCD screen, replacing the G15’s single-colour LCD.

When we spoke to Logitech this morning, they had no comment, so this is probably a few months away from being announced, but we’ll have the full details, and a full review, as soon as it’s released.