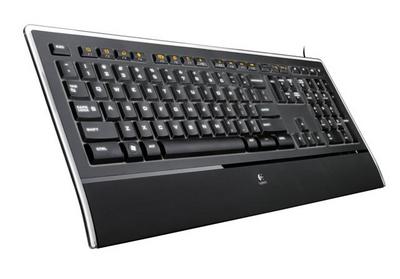 Keyboards aren’t the most hyped of peripherals. You don’t get major keynotes with the unveiling of a new keyboard slowing the internet down a little – after all, there is only so much you can do with them: adding any major new functionality, such as a new letter, would require a complete reworking of the English language – and it isn’t quite within, say, Logitech or even Microsoft’s marketing budget to promote the 27th letter of the alphabet and license it to publishers and newspapers to create a “product eco-system”. This isn’t to say keyboards aren’t important though – they’re probably the most mission-critical device in any computer. I’ve used mine a few hundred times just typing this paragraph. So it’s with this in mind that you should pay attention to these new Logitech keyboards.

Logitech has come up with three new keyboards, all of which offer roughly the same functionality of a key for each letter of the alphabet, with most keys offering dual or even triple functionality, freeing up precious desk real estate.

The “Illuminated Keyboard”, pictured above, looks set to be pitched at fans of the American TV series 24 – all of the keys light up so you’ll be able to see what you’re typing, even in the most dramatically lit working environments. If you switch the lights on too, you’ll see that the strikingly thin keyboard looks pretty swish too. It’ll apparently retail for around £49.

The “deNovo Keyboard for Notebooks”, as Logitech have called it is slightly more bewildering – a keyboard aimed at notebook users… who would presumably already have a keyboard underneath their screen. This could have some use if you have one of those trendy Eee PCs and your fingers are too fat for the diminutive built-in keyboard, I guess. It’ll cost around £89.99. 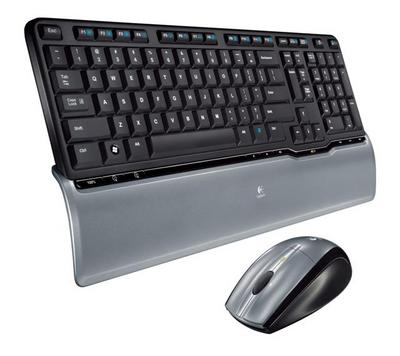 “With its matte-black and grey palette, its rounded edges and gently curved palm rest, and the straight lines of its full-size layout – the contemporary, yet compact, S520 keyboard complements a wide range of computers.”

Or in other words: “It’s grey and black, and has a curvy bit at the bottom, and it’ll cost you forty quid”.

The battery life looks good though – 15 months in the keyboard and 8 in the mouth… presumably they must have to run off of car batteries to achieve this, or maybe my experiences with digital cameras have lowered my expectations so much I’m easily impressed.