Okay, as promised, here’s the lowdown on Windows 7 – Microsoft’s new operating system – which could be launched as early as the middle of next year.

The UI is rather different to XP and Vista, contrary to what I said the other day about things not changing much. The taskbar is the biggest change – you can see it above. All words have been replaced with big icons, which then show window previews when you move your cursor over them. 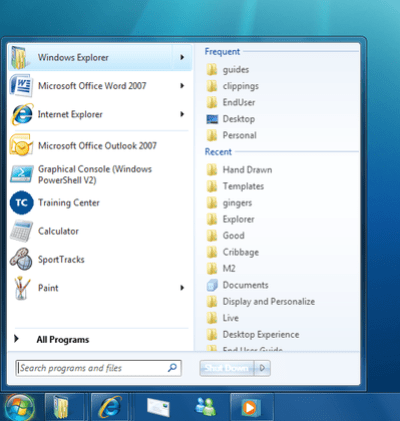 If you right-click the icons, then a menu comes up called a “jump list”. That could include recently used files, save games, playback options, or anything else the developer wants to add. Quite handy, I suppose.

The start menu hasn’t changed drastically – frequent and recent files are given more prominence, but other than that, the changes that arrived in Vista are still in place, including the awesome search box. 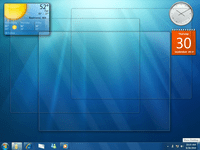 Windows management is very different, though. You can drag a window to the top of the screen to maximise it, or off the top to restore it. You can also drag windows to the left and right edges of the screen to make them take up 50% of the monitor – for ease of multitasking. 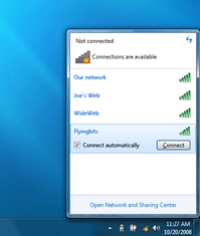 Lastly, let’s talk System Tray. Is yours a repository of useless applications that only function occasionally when you plug obscure gadgets in? Mine is. In Windows 7, applications won’t be allowed to just show up there – you have to explicitly approve their presence there. If you don’t approve things, they simply won’t be seen.

So those are the big Windows 7 UI changes. I’m sure more stuff will surface over time and, as previously mentioned, there’ll likely be a beta towards the start of next year. Can’t wait. Can you?