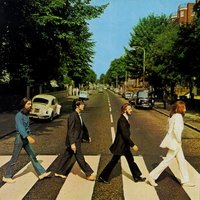 Good news for any lady readers who are planning to marry and divorce a former Beatle: at long last the Beatles, or “The Fabs” as Steve Harley infuriatingly refers to them, have finally licensed their music to something that could be described as “modern technology”. That’s right, Beatles songs are coming to money-spinning rhythm game Rock Band. I wonder how long it will be before Guitar Hero gets The Monkees in retaliation?

Unfortunately there are no further details as of yet as to what tracks or albums may appear. Rumours that Ringo is worried by players being able to directly prove that they can drum better than him have not been confirmed or denied, because as you might remember, the other day he said he’s not going to be replying to any more post.

What makes this interesting, other than the fact that you can play Rock Band with the Beatles is that this deal has come before any Beatles songs have even been made available on regular online music stores, such as iTunes. I guess they must have decided that if fans want a digital copy of Hey Jude, then they’re going to have to do half the work for themselves and join in on bass.

Personally I’m hoping that this deal will also lead to some of the former-Beatles solo work becoming available on Rock Band: especially the work of Wings, the band the Beatles could have been.

Related Posts: We knew they were planning something… | We speculated about this months ago too