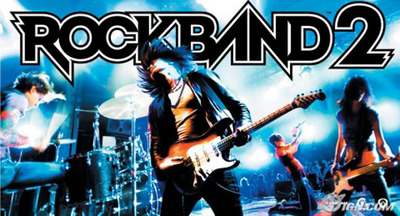 In an interview with IGN, lead designer Dan Teasdale mentioned a few of the game’s features for the public to expect and although there will be no revolutionary changes, that’s probably a good thing seeing as people have not long shelled out for the last version.

There will be improvements to some of the game options such as the character and band customisation and the World Tour feature but, most importantly, the instruments will be staying the same, meaning that all of your Rock Band bits and pieces will fit with the new version.

Perhaps most interestingly of all was Senor Teasdale’s comment that “we’ve also secured what I can easily say is the best set list I’ve ever seen in a music game,” which rather makes me wonder whether those negotiations with a certain semi-deceased Liverpudlian band have swung the way of EA rather than Activision in what may be the coup de grace of the music game war.