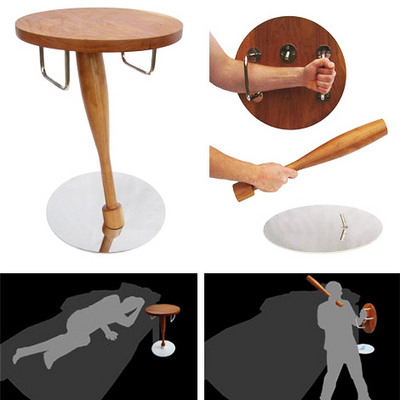 The world is on alert tonight after intelligence reports have suggested that the Vikings may be coming back and launching a new wave of attacks. Unlike the only partially successful invasion 1300 years ago, this time it looks as though the hoards may have a new trick up their sleeves. From the country that brought us IKEA comes a new high-concept bedside table that can transform in moments to a battle ready club and shield (some assembly required).

Nobody knows how many weapons caches IKEA has so far managed to slip into homes, ready to replenish the marauding invaders, but the photos above, taken by spy plane, suggest at least one “table” actually exists.

Official advice is to sleep tight and if you see anyone in your house, rather than phone the police, get up and club them to death. As obviously your iPod is worth more than the life of a burglar.