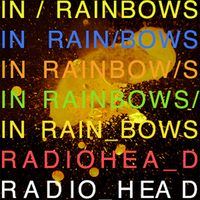 Ever since Radiohead’s revolutionary “pay what you want” experiment on their most recent album, “In Rainbows”, the band has steadfastly refused to release any figures on how successful it was.

This led some to conclude that it was a massive flop with millions paying nothing. However, the band’s publisher, Warner-Chapell, has just released figures proving doubters wrong. Across all mediums, physical and download, the band sold three million albums. Considering their previous three albums sold in the low hundreds of thousands, that’s not too bad.

The album has sold 1.75 million physical CDs to date and even before physical copies were issued, the band had made more money than they had made on the previous, non-downloadable album. The band have over 17 million plays on Last.fm, and have sold 1.2 million gig tickets. They also sold 100,000 box sets online, which retailed at £40 or so.

So basically, despite allowing people to download the album for free, the band sold more records, merchandise and gig tickets than they had on the last three albums. Also, by releasing it themselves rather than going through a traditional record company, the band made a much bigger chunk of that cash than they would otherwise have had.

The only downside to the experiment, in the eyes of the band, seemed to be that they spent far more time talking about the way the music was being sold than the music itself.
Not very Radiohead. Still, this shows the power of innovation in the music business, and backs up my argument that people like Doug Morris shouldn’t be running the music industry.

Related posts: MCPS-PRS say it was good | In Rainbows announced

One thought on “Radiohead "pay what you want" numbers released”