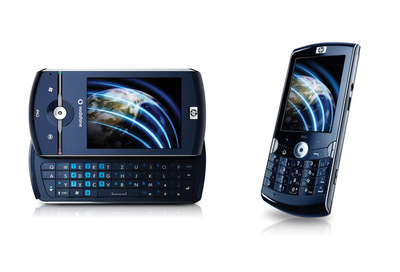 HP has announced two new additions to its very smartest range of handsets, the iPAQs. The iPAQ Voice Messenger and iPAQ Data Messenger are not quite aimed as firmly at the business market as the existing models but more towards the consumer.

Now when I say “more”, don’t get too excited. They’re not aimed entirely at the consumer. No, these handsets are aimed at an completely new and made-up category of consumers known as “prosumers”. Yes, it’s time to declare war on ad men everywhere.

The prosumer is the professional consumer (see what they did there?) and either someone from the IT department of a company, a small businessman – most likely under six foot – or an individual who likes their Windows Mobile 6.1 intelli-smartphones.

The Voice Messenger is the more consumery of the two and in the same kind of bracket as the BlackBerry Pearl. It’s got the wavy 20-key keypad except the wavy pattern goes in and out of the phone rather than across. You won’t be able to appreciate that until you hold one in your hands, so you’ll have to trust me on this one. The result is that it’s rather nice to run your thumb over. 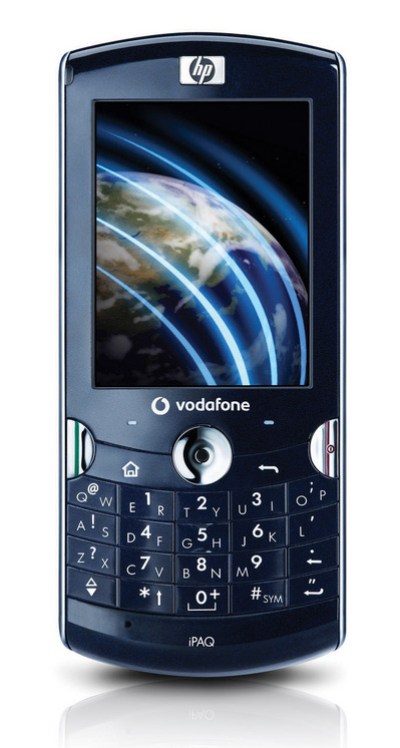 Instead of the rollerball pearl there’s a small, five-way, optical navigator and five well-placed softkeys. Probably best of all on the outer shell is the small switch on the top which cuts out the volume on the phone without you having to navigate OS menus and such. Very handy for when going in and out of meetings/cinemas/weddings/funerals or wherever the modern-day prosumer might find him/her/itself.

It supports all good HSDandUPAs and at up to 7.2 and 2.0Mbps respectively but sadly only seems to manage 2G services in the Quadband zones. While I may not spend much time in the Phillippines, this could be a problem for the prosumer. You’ll have to tell me how you feel about that if you think you are one.

Unsurprisingly, we’re gifted with ‘tooth 2.0, Wi-Fi and 128MB of memory expandable up to 8GB and you can also hardwire any bits and pieces via micro-USB and a slightly annoying 1mm short 2.5mm jack.

The consumer part of the package is the addition of a decent camera in the shape of a 3.1-megapixel offering with AF, 5x digital zoom and an LED flash. You also get a 2.4-inch QVGA to display your snaps on. 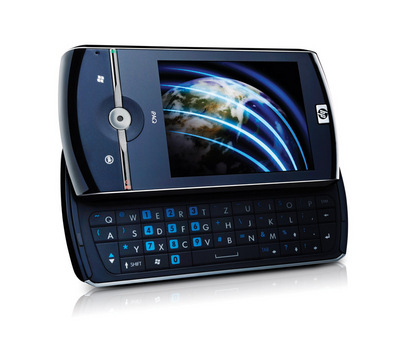 The Data Messenger is less my cup of cha being slightly more pro than sumer but spec-wise, it’s much the same – same camera and connectivity with a slightly bigger, and altogether touchier, 2.81-inch QVGA touchscreen. The big difference, of course, is the whacking great slide out QWERTY that sends the image from portrait to landscape and supplies all the finger tapping ease for a more e-mail concerned customer.

Both the phones come with A-GPS – including a 30-day trial with the Webmaster satnav service – and have the same kind of remote control security that BlackBerries famously supply, meaning that the office is always watching.

They’re both out from the middle of November exclusively on Vodafone with the DM at £399 sans contract and the VM at £333.

Keep ’em peeled for a review comin’ at ya in the next few days.