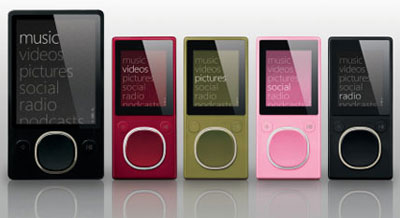 An interesting rumour has appeared on the “that’s a pretty logical move now you think about it” pile – apparently Nokia and Microsoft are looking for a tie up between Microsoft’s Zune Marketplace and Nokia’s mobile phones.

This makes a lot of sense for two ugly kids for whom prettyboy Apple is the bane of their lives – Microsoft doesn’t make phones, having repeatedly denied that they’re planning a “Zune phone”, and Nokia doesn’t make dedicated music players.

It’s not clear yet whether it would merely make the two devices compatible with each other’s music stores or whether the Nokia Music Store (which was opened less than a year ago) would merge with the Zune Marketplace – the latter seems like a good idea to me as it would allow them to compete more effectively with the iTunes Music Store, and it would end the ridiculous situation of having an entire online music store set up for the (estimated) 4 Zune owners in the world.