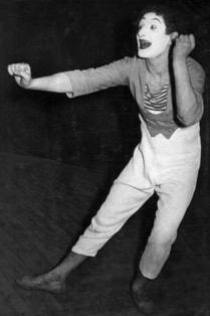 I know what you’re wondering – when, oh when, is cutting edge modern technology going to be used to help our travelling circus friends? Well don’t worry, it won’t be long now. Scientists have calculated that an invisible Carbon Nanotube rope just 1cm thick and invisible to the naked eye could support the weight of a human, potentially putting a radical new twist on boring old tightrope walks (but potentially destroying the mime industry).

This measurement was estimated by Nicola Pugno of the Polytechnic of Turin in Italy, taking into account small defects that develop in the tubes during manufacture. The rope would also be completely invisible because each strand – only a few nanometres wide itself – would be separated from the rest by more than 1 wavelength of light. The other very helpful side effect would be that the invisi-rope would weigh almost nothing at all; around 10 milligrams per kilometre. Not a bad strength-to-weight ratio, I thnk you’ll agree.

Unfortunately, Carbon Nanotubes aren’t the sort of thing you’ll find in your local B&Q. But although they are mostly theoretical at the moment, DARPA and MIT have apparently already developed foot long Carbon Nanotubes and expect to go as high as one meter by next year. For the sake of the trapeze artists the world over, they need to step up their production, pronto.

Of course, tightrope walkers and the Matrix special effects team aren’t the only ones who stand to gain from this futuristic tech – ordinary people could have a hilarious time making tripwires. Plus there are those space elevators to consider, as predicted by the late Arthur C. Clarke. Anyone have any idea how you tie a knot in an invisible rope? And for that matter, where do you tie a space rope to?