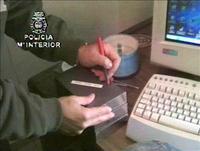 And we think we have it tough. The worst thing that’s ever happened here at Tech Digest HQ is the occasional aggressive email from PR people pointing out the press release said eight megabits not megabytes, plus the odd Viagra spam comment to delete once in a while. We’ve never been banged up for saying iPhone’s better than the N95.

But if you’re blogging in China or Iran, about human rights issues or government corruption, it’s a tougher gig. According to the University of Washington’s latest report on the matter, half of the 64 bloggers arrested since 2003 for posting their opinions online live in China, Egypt or Iran.

While over here slagging off Gordon Brown is practically compulsory, doing the equivalent in some countries – or even organising protests through the web – is enough to get you picked up and locked down. The average prison sentence for being caught with Blogger open and rabble-rousing words on your screen is 15 months, while the longest spell of jail time handed out to a writer so far is a staggering eight years.

The moral is clear – don’t bother blogging about human rights. Start one up about cats saying funny things or wearing hats and you’ll be fine.