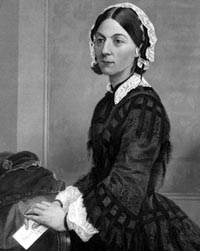 As you may or may not know, today is the anniversary of the birth of one of Britain’s finest – the Lady with the Lamp herself, the pioneer of modern day nursing, Miss Florence Nightingale. It’s an education over here at Tech Digest.

If Flozza were alive today she’d be really old and not much good at nursing anymore and she’d be well on the way to her second telegram from her second queen at the ripe old score of 188 years old. Doubtless she would also be fascinated by advances in tech and were she to do her rounds in this day and age, then these would be Florence Nightingale’s top five gadgets. 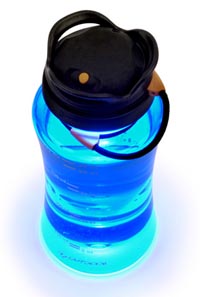 1.)Firefly Lantern – First and most obviously, the lady’s going to need a lamp and which better than the this? It may not be as green as some of the wind up version out there but then, that could come off as reminding some of the amputees on the wards of what they can no longer do and that wouldn’t be a good nurse, now would it?

No, Flozza’s after convenience combined with an excellent futuristic blue glow; far more calming and less dangerous than yellowy, flickering flame light. The Firefly is actually just the cap at the top of the lantern where the output-controlled LED is housed along with all the electronics. It fits to any standard 32-ounce wide mouth bottle and so it wouldn’t matter if any bomb blasts caused her trademark tool to fall and break. Only problem is that those bottles seem more “standard” in the US than here. She may need to do some bulk bottle ordering. 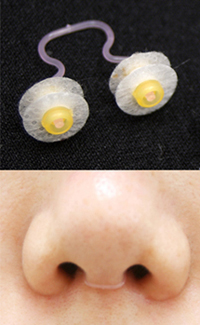 2.)Nose pit masks – Flozza was a stickler for cleanliness after her first experiences in the Crimea when the death rate quadrupled in her hospitals due to poor drainage and bad air circulation. It’s not always possible to get the builders to agree to a contract in a war zone these days, so if she couldn’t stop the germs at the source, she would certainly use these to stop them getting up hers and the patients noses.

Made from surgical mask material, they only cost around £7 on order from Japan, not including postage. They come with a pack of refills and doubtless they’d save a lot of lives on the wards, if not Florence’s own. 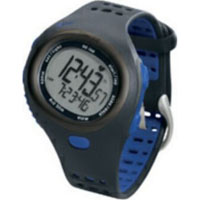 3.)Nike Imara HRM C8 – Who needs all the time consuming and complicated instruments for measuring pulses when this Nike watch does it all for you. Florence would need to actually put this on the wrists of her patients to get their heart rates but it beats touching ill people.

The 50 lap memory and water resistance probably aren’t as useful features but I’m sure she’d rather use this than whatever the standard issue was back in the 1800s and who knows, maybe she was a keen runner too? 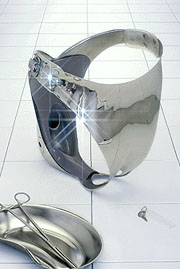 4.)Lawowski genital organ chamber – Yes, this is a chastity belt but that’s because Floz seemed to spend half her life fighting off men’s advances having taken the decision to focus on her work instead. It didn’t seem to help though. Still they chased her lamp – must have been the nurses uniform – twice having to turn down marriage proposal and who knows how many passes from smitten soldiers in the wards.

So, this belt would come in most handy. One feel of the solid chrome would be enough to soften any man’s desires when he realised she was locked up tighter than Fort Knox. Admittedly, this particular one is designed for men and even contains a hygienic reservoir for collecting urine so that you never have to let your guard down for a second.

There does appear to be a hole at the back though, so I’m not sure that this would stop everyone from getting what they want, but knowing these kinky Victorians, Flozza would probably just enjoy wearing this one for the fun of clanking around the hospital in secret pain/pleasure. She had to get her kicks somewhere. 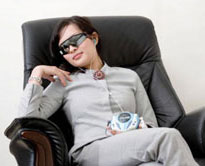 5.)Mind spa – Sadly Flozza met her end suffering from Chronic Fatigue Syndrome, the poor little mite, but let’s face it, if she didn’t stop work for sex there was probably very little that would stop her from eventual energy meltdown.

However, if she had had the benefit of precisely-tuned, flickering light patterns across her eyes along with gentle, deep sounds set to brainwave frequencies, she may have lasted a little longer.

Twenty or thirty minutes a minutes each week on this £175 device would make her sleep more effective, reduce stress and keep herself and her lamp burning all the brighter, and if it didn’t work, the manufacturers would give her her money back.

It may be that Chronic Fatigue Syndrome would have got the better of her in the end, all the same, as it does 4 in every 1000 people. She had to stop some time and without that 12th May would not also be known as CFS awareness day; working in healthcare even after she’s gone. What a gal.