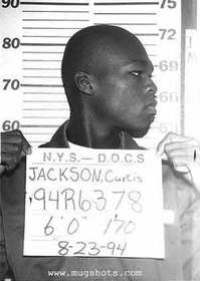 Live Nation’s basically a concert promoter, the one that organised the marginally successful and very worthy Live 8 arena shows. It’s also the new cool company for successful MEGA-ACTS to sign with when their traditional “deals” expire.

Signing with Live Nation means more cash/money up front for the artist, with Nation recouping the cash via record sales and touring revenues – previously dealt with separately – as it works the artist into the ground like a pit pony.

When they eventually die, their individual hairs are put on eBay. Artist’s teeth could also fetch up to $50k each.

The newest beneficiary of this exciting and new “joined up” marketing/selling deal is 50 Cent who, according to rumours, is set to SMASH Madonna’s $120m deal record by signing with LN for a literally unbelievable $300m. That’s one dollar for every album he’s put out over the last five years.