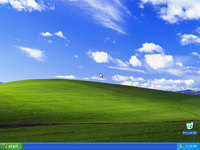 Microsoft boss Steve Ballmer has hinted that the popular Windows XP may just go on a little longer than expected after computer makers found a loophole allowing them to continue selling units with the older PC platform.

Dell are exploiting a clause in the Vista agreement under a “downgrade license” where they may provide businesses with an earlier copy of Windows pre-installed and there is no reason at all why this would have stop at Microsoft’s original 30th June 2008 deadline. Indeed, HP have already promised to supply certain PC models with XP until July 2009.

“If customer feedback varies, we can always wake up smarter, but right now, we have a plan for end-of-life for new XP shipments,” said Ballmer at Q&A session a few days after the announcement that Microsoft’s third quarter profits were down 11%.

With 140 million Vista licenses, sold Microsoft are unlikely to decide they’ve made a major mistake but it does look like they’re ready to listen to the general computing public and their machines that barely cope as it is.