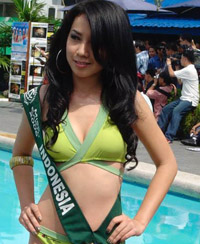 There is no way we’re going to Indonesia, EVER.

The latest internet row involves protests over a Dutch film entitled Fitna, made by Geert Wilders. Fitna commits the very, very serious crime of depicting the Prophet Mohammad, plus it also manages to blame the Koran for inciting violence. So it’s hardly surprising that it’s been banned in mostly Muslim Indonesia.

Four indonesian ISPs have blocked YouTube in protest at the movie appearing on the sharing site, in a move that could, possibly, end up escalating into World War III.