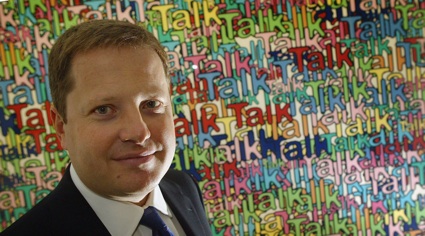 Following last week’s news that Virgin Media may be the first ISP to police their customers in a bid to crack down on illegal downloaders, the chief executive of the Carphone Warehouse, Charles Dunstone, has said that it’s not an Internet Service Provider’s job to police the Internet.

The BPI has asked for ISPs to voluntarily form an alliance which would see persistent offenders lose their Internet connections, but Dunstone, whose company runs the TalkTalk broadband service, has said they will refuse to co-operate even if it leads to legal threats.

Dunstone says that the demands placed upon ISPs by content holders are unreasonable and unworkable.

In response, the BPI said that Internet firms need to educate their customers not to steal music, and that if they don’t help with the fight against piracy, the British government will bring in legislation forcing them to co-operate. This would be due to kick in next April.

Meanwhile, Glen Merrill, poached from Google by EMI and now responsible for their global digital strategy, has said that file sharing “may be good”, suggesting that academic research shows that file sharing can be a good thing for artists.

Speaking of record companies (including his own) trying to sue individual file sharers, he said, “It’s a poor business model to sue your customers. I don’t think that’s a sustainable strategy.”

“I think people will pay,” Merrill said. “There is evidence that people we think are not buying music are buying music. They’re just not buying it in formats we can measure.”

He reckons that the industry should “do a bunch of experiments to find out what the business model is”.

So, Glen, if you could just send me a couple of hard drives, I’ll download a load of knocked off music, and we can compare notes. OK?

(Via BBC and The Guardian)