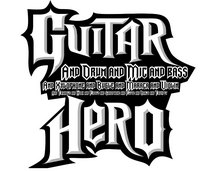 Thanks to Rock Band, when it comes to rhythm gaming, just one set of instruments is no longer enough. Activision’s Guitar Hero, the main rival to EA’s Rock Band, therefore has a bit of a problem on its hands, seeing as it’s pretty much geared up towards guitar playing and guitar playing alone. Hence the name really.

How do you get round a problem like that? Simple; you ignore it completely and then shamelessly copy the competition. Activision CEO Bobby Kotick has unveiled that his master plan for putting the Guitar Hero franchise back on top is to branch out into other instruments. Namely drums. And vocals. Sound familiar?

It does have one other trick up its sleeve – localisation. “It’s the first game we’ve had in which we can use local content and local bands,” says Kotick. Sounds like a nice idea to help budding bands get more exposure, but isn’t part of the appeal in playing along to stuff you recognise?

Never mind though, if that idea fails, once the Activision / Vivendi merger goes through they’ll have unlimited access to the Universal Music Group catalogue… who says that merger’s not anti-competitive now, eh?