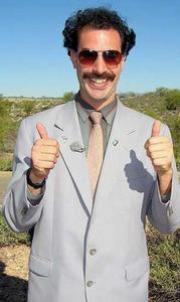 The European Commission has decided that the $18.9 billion merger between publishers Activision and Vivendi Games won’t “significantly impede effective competition in the European Economic Area or any substantial part of it”.

That means the new company, going by the name of Activision Blizzard, has won an important nod in its bid to take top spot in the video games publisher world. The EC’s report stated that competitors such as Electronic Arts and console manufacturers Sony, Microsoft and Nintendo will help keep its corporate reach in check.

In terms of vertical synergy, the EC noted that Vivendi’s ownership of Universal Music Group would give it an advantage over music licensing deals, but the numerous other sources of potential game music made this less of an issue.

Although this is a major obstacle for the merger to have cleared, the deal hasn’t got the full go-ahead yet. But CEO Bobby Kotick is confident that it’s on track and will be concluded by June.

Rival publisher Electronic Arts is going to be severely affected by this move. Having enjoyed top spot for a number of years, it may not be particularly pleased by its sudden transition to underdog. EA’s courtship of GTA publisher Take-Two is a clear example of its moving to defend its position and it could even be pointing its beady eyes at another publisher, Ubisoft.

In the end this could be good for EA. For too long it has gotten away with producing pure grade A crap usually in the form of endless sequels and movie license tie-ins. And yet the company can produce some absolutely top notch games when it sets its mind to it. The Battlefield series, Skate and Rock Band are a few recent examples. Maybe a bit of humbling from an even bigger kid in the playground will help them focus.

On the other hand, with Activision Blizzard in charge, we could be subjected to endless World of Warcraft spinoffs and an endless succession of MMOs. Guess we’ll find out in June.