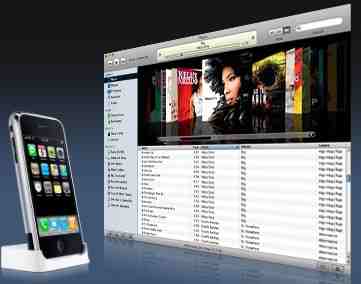 As I write this, rumours are criss-crossing the internetweb about Apple’s iPhone SDK slipping from its planned February release date (for the record, many of them lead back to this Business Week story).

It seems developers may have to wait until March to get their hands on the final version. But one question that doesn’t seem to have been clearly answered so far is just how open that SDK will be when it comes to music services that may compete with Apple’s own iTunes Store.

Or, to put it another way: say I’m Amazon or eMusic – iTunes’ fiercest rivals (although you have to qualify that ‘fiercest’ by pointing out that iTunes is vastly bigger than either). But yes, if I’m Amazon or eMusic, what’s to stop me getting the SDK and creating an iPhone app for my own store?

As I said, Apple hasn’t been publicly clear about its policy regarding the openness of the iPhone platform once the SDK is out in the wild. Will it let anyone develop iPhone apps willy-nilly? Probably not.

Will it have some form of Symbian-style certification to ensure apps work properly and don’t crash the handset? Quite possibly. Will it arbitrarily ban any application from the iPhone that might compete with its own iTunes Wi-Fi Store? That’s the question…

It’s Apple’s phone, of course, so presumably the company can take that path (you’d need a wiser competition expert than I to tell you if rivals would have grounds to challenge such a policy legally). But in an era of Web 2.0 openness, could Apple really get away with opening up the iPhone to certain apps, but not others?

It’s not just as clear-cut as direct iTunes rivals like Amazon and eMusic, mind. Could RealNetworks, Napster or Omnifone launch iPhone clients for their music subscription services?

Could O2 make an app to sell tunes from its own non-Apple music store? What about ad-supported music services like SpiralFrog, Qtrax and We7? Hell, could Nokia and Sony Ericsson be cheeky and make their own iPhone apps selling tunes from their music stores?

All of these companies should be looking to see if they can get onto the iPhone once the SDK is launched. Well, maybe not those last two, for the same boring corporate reasons that you won’t see Nokia’s N-Gage games on other manufacturers’ handsets.

But every digital music service will want to be on the iPhone in some shape or form. The question is whether Apple will let them. Watch this space…

Related posts
Apple’s iTunes is now the second biggest music retailer in America
BBC TV comes to iTunes Store, for a price
UK iTunes prices to come down by 10% – thanks to EU pen-pushers