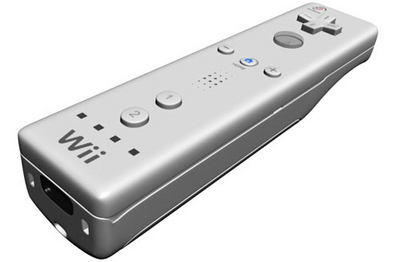 You can do a lot more with a Wiimote than just wave it around, y’know. At least you will be able to, judging by a patent filed by Nintendo in Europe, concerning ways of using its innovative controller in new housings.

The patent specifically mentions steering wheels, eyewear, “racing headwear” (I think that means motorbike helmets), chairs, fishing rods, golf clubs, wheeled toys and guns. Other companies have started making accessories to house the Wiimote – tennis rackets and so on – but it’s the first sign that Nintendo itself plans to enter this market.

I wonder if it’s necessary to embed the Wiimote into other objects to play many of the games that would result from this, though. For example, in the example of a Wii fishing game, isn’t it enough to wave the Wiimote like a rod, without needing it to be actually encased in one?

Don’t forget our Wii Wii blog, for all things Wii-related.